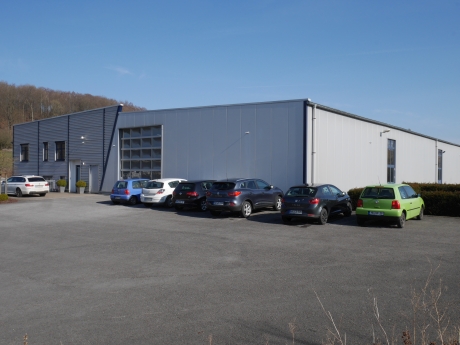 The Christian Gierth company
was founded in early 1996 purely as a company trading in keyseating cutters and tools for keyseating machines. Mr Gierth had already been working in this field for some ten years. Keyseating cutters and tools were purchased from other manufacturers and sold on to customers. The first manufacturing facility was built in 1997 and in-house production started in January 1998. At this time the first two employees were taken on. One of these already had 16 years' experience in this sector. In the same year the first in-house keyseating machines were delivered.

Since January 1st, 2001 we have been operating under the name Christian Gierth GmbH. Since then we have employed 16 staff members. 5 of these are primarily involved in sales activities and 11 in production and logistic. We have now supplied nearly 200 keyseating machines. Several thousand keyseating cutters and slotting tools are manufactured in a wide range of finishes every year.

After 18 years in the industrial area of Neuenrade, "Christian Gierth GmbH" moved to Sundern-Amecke, nearby the wonderful lake Sorpesee. The new facility is a lot bigger and gives us much-needed space to grow along with our assignments.